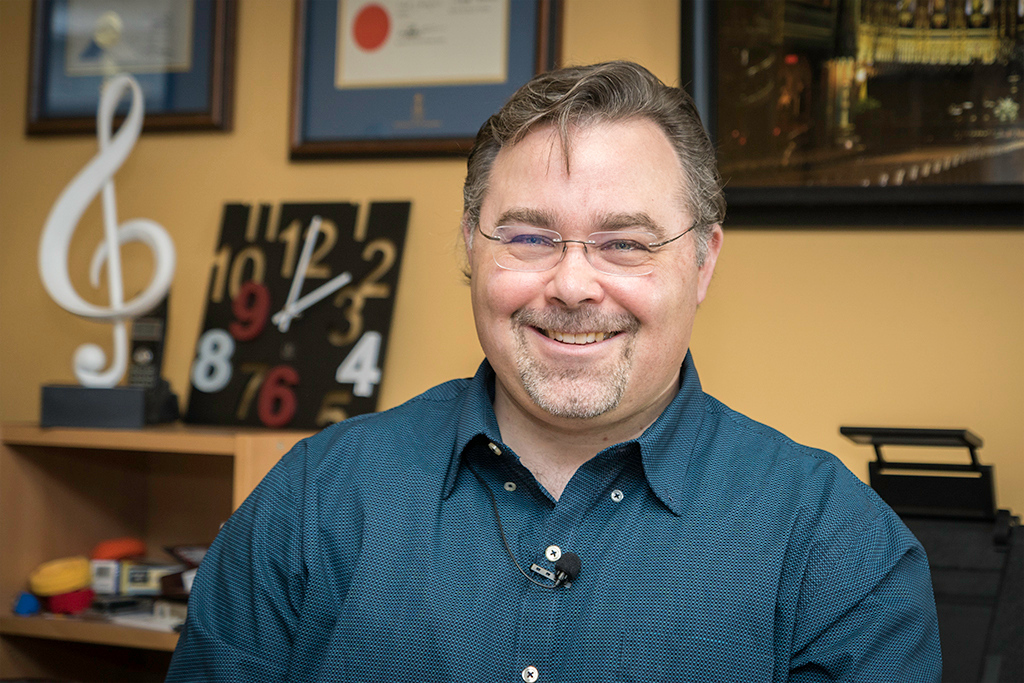 Jason Hales was playing the class clown, projecting lyrics in a huge operatic voice as the national anthem piped through the PA. The teacher spun around and said “Was that you?”

Jason nodded, tacitly admitting he was the source of the hullabaloo. Later, his teacher told him “That was incredible. You need to get your voice assessed.”

He was completing his last year of high school in Thunder Bay so Jason’s teacher set up an appointment for him with Mary McGhee, the voice teacher at Lakehead University. After he sang a few scales she asked him what he was doing for post-secondary.

“I said ‘I better go to Mohawk College for saxophone,’” Jason recalls. “And she replied, ‘Well I want you to come here. For singing. Because you have an amazing voice.’”

Soon Jason started taking private lessons with Mary. He passed Lakehead’s audition, and ultimately went on to graduate with an Honours Bachelor of Music.

Jason’s grew up in Manitouwadge, a small mining town in Northern Ontario. The communities’ name in Ojibway is Manijoowaazh, meaning “Cave of the Great Spirit”—a testament to the early inhabitants of the area.

When he was 3, Jason had a little Micky Mouse record player, he used to listen to nursery rhymes and sang along. His Dad was impressed with his rendition of Old King Cole, and started him in music lessons.

In the Hales house, music was always a beloved pastime. “My Dad was heavily involved with music; he had a rock band when he was younger and also taught piano and took a great interest in playing guitar,” says Jason. “My Mom was always singing to us when we were little.”

His parents also organized a series of concerts in town, hiring groups that were travelling through.

In high school Jason had learned tenor sax but the program was only classically oriented and he wanted to learn jazz. So for his last year he lived with his aunt and uncle in Thunder Bay where he could attend a bigger school with a wider ranging music program, and also take private saxophone lessons.

After graduating from Lakehead University, Jason applied to University of Toronto’s Opera Program. “I got a few tips from others I had performed with,” says Jason. “Including the famous Canadian tenor Mark DuBois.”

DuBois suggested performing Benjamin Britten’s Oh Go Go Go Away for the U of T audition, because “It’s a really fun piece, and you get to flip a coin at the end heads for yes, and tails for no,” says Jason. What DuBois didn’t tell him was how challenging the aria was.

Having never performed an opera before, Jason worked hard to learn it, along with his accompanist in Thunder Bay before they came down to Toronto. In the end his efforts paid off and he handily passed the audition.

“The program was eye-opening but a lot of fun,” says Jason. “I made some great friendships and developed some great skills and I was thankful to be there.”

Graduating with a Diploma in Operatic Performance, Voice and Opera, he has since put his talents to good use performing in musical theatre, The Baker Street Victorian Carollers®, and concerts with symphony orchestras, including as a soloist in Handel’s Messiah at FirstOntario Performing Arts Centre in Milton.

With a warm, clear tenor, Jason has also been a vocal coach for more than 25 years, currently teaching in Burlington, and at the Tutoring Centre in Milton, in-person or by teleconference. He instructs on all levels of voice, as well as beginner piano, guitar, and saxophone.

“Not everyone is going to be solo material, but anybody can sing,” says Jason. “And you are the instrument of your voice, so every instrument is different.”

Classifications of voice include bass, tenor, alto, soprano, as well as subcategories. Jason starts new students with simple scales to assess their range, quality of voice, posture, and how they breathe.

And everyone wants something different. Some people are setting their sights on becoming a pro, while some just want to sing for fun but need help sounding better.

“It’s interesting to hear the what people sound like when they’re starting to learn, and then to watch them grow with it,” Jason says. “And when they’re unsure what they can do with it and you start brining things out then the light bulb goes off, and you see the joy.”

Inspired by his parents’ efforts when he was growing up, Jason founded the Acoustic Blend Café in 2008 to promote local talent. Starting as a monthly concert series in Hamilton, he  expanded it to include events in the growing community of Milton in 2009.

The venues have a coffeehouse feel, and shows always start with an open mic, giving beginners a chance to perform before the featured performers take the stage.

While COVID-19 currently has the concert series on pause, Jason is planning to someday consolidate his enterprises under one roof. A permanent Acoustic Blend Café location will have a front of house coffee shop with dedicated performance space, along with studios for music lessons. 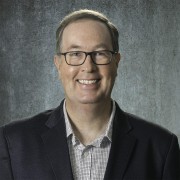 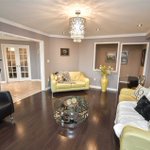